The Waltz Law Group’s Preparedness to the Covid-19 Pandemic 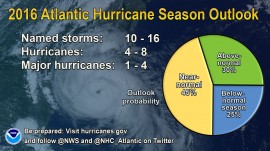 NEAR-NORMAL 2016 COULD SEE TEN TO SIXTEEN NAMED STORMS Hurricane season officially begins June 1, and the National Oceanic and Atmospheric Administration (NOAA) has issued its forecast for 2016, predicting a 70% likelihood of 10 to 16 named storms. Officials have categorized this season, which runs through November 30, as “near-normal”. The forecast predicts between… 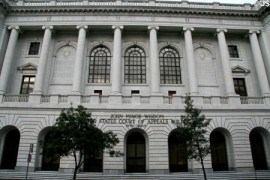 The Louisiana Supreme Court recently addressed two certified questions from the U.S. Fifth Circuit Court of Appeal concerning the duties imposed on Insurers pursuant to the Louisiana bad faith statutes.  All Insurers should take notice of this important decision.  For the convenience of our colleagues and clients, we provide the following link to our analysis…

The Waltz Law Group is pleased to announce that partner, Jeffery J. Waltz, has been selected by New Orleans Magazine as a “Top Lawyer” in Commercial Litigation.

New Orleans Magazine contracted Professional Research Services of Royal Oak, Michigan. The voting by Professional Research Services was used to determine the top New Orleans attorneys. The survey was open to all licensed attorneys in New Orleans. Attorneys were asked which attorney they would recommend in the New Orleans area. Each attorney was allowed to recommend up to three colleagues in each given legal specialty. Once the online nominations were complete, each nominee was carefully evaluated on the basis of the survey results, the legitimacy of their license and their current standing with the State Bar Association of Louisiana. Only attorneys who received the highest number of votes in each specialty are included in this list.

The Waltz Law Group has been selected by A.M. Best for inclusion in its 2014 list of Recommended Insurance Attorneys. Check out our listing.

Catastrophe bonds, or “alternative capital” are commonly sold by insurers to share the risk they accept for natural disasters. With a boost from investors who are interested in higher returns while interest rates have been at record lows, the natural catastrophe bond market exploded in the second quarter, and strengthened the insurance industry to the extent it could cope with a $100 billion disaster.

According to Michael Kerner, Zurich Insurance Group Ltd.’s general insurance chief, “The insurance and the reinsurance industry are at very strong levels of solvency, there is lots of capital in the business. The industry can handle a $100 billion event, all the claims get paid, it’s not a big solvency issue.”

While the 2014 hurricane season has thus far been fairly calm, with natural disasters causing around $42 billion in damage worldwide, insurers always fear a big hit. Hurricane Katrina, in 2005, was one of the largest hurricanes ever recorded and the costliest natural disaster. Katrina cost the insurance industry $80 billion in damages. Zurich alone took a hit of around $600 million after tax and reinsurance from the hurricane in 2005.

With this recent increase in catastrophe bonds the insurance industry should be able to handle another large natural disaster. However, according to Kerner, there is still an element of risk. “The area of risk potentially is that some of this capital is not actually being asked to respond,” Mr. Kerner said. “This is capital dedicated to catastrophe losses, but we have not had a major catastrophe in a while, so this capital has not yet been tested.”

A recent ruling by the U.S. 5th Circuit Court of Appeals, in Indemnity Insurance Co. of North America et al. v. W&T Offshore Inc., has found that an energy exploration and development company is entitled to more than $50 million in coverage under its umbrella and excess insurance policies in connection with damage sustained during…

The Waltz Law Group is pleased to announce that Jill Waltz has been invited to join the prestigious Claims and Litigation Management Alliance.  The CLM is a nonpartisan alliance comprised of thousands of insurance companies, corporations, Corporate Counsel, Litigation and Risk Managers, claims professionals and attorneys.  Through education and collaboration the organization’s goals are to…